In the Webranking 2021-2022, French companies continue to perform below the European average. The companies struggle with providing information about the share, such as disclosing their shareholder compositions. Also, necessary corporate governance information is often missing, such as remuneration policies and insider dealings.

This year, only two of the 68 ranked companies have received more than 60 points, which is the minimum score a company should get to sufficiently fulfill stakeholder expectations. The French companies struggle most with providing information about the share and corporate governance. However, the French companies do a better job providing Careers and About us information, where they have performed on the same level as their European peers.

Information about analysts and shareholder composition is often missing

Vinci include their analysts and consensus estimates in a clear table containing contact details to many different analysts. They also include which recommendation each individual analyst has given.

French companies also lag behind their European peers when it comes to disclosing major shareholders and the number of shares that are owned by responsible investors. None of the ranked companies has included information about how many of their shares are owned by responsible investors. The companies are slightly better at presenting their other shareholders. 26% do this, but it is still 18% below the European average of 45%.

Rémy Cointreau present their shareholder composition in an easily understandable table showing voting rights in both numbers and percentages. It also contains a date stamp of when it was last updated.

The French companies have also received relatively low scores when it comes to providing information related to Corporate Governance. For example, information about the companies' remuneration policies is often missing; 14% of the companies include this while the European average is 30%. Investors are often very interested in knowing the remuneration paid to the board of directors, and 82% of the respondents of Comprend's Capital market survey find remuneration in numbers important.

Additionally, few French companies present the latest transactions made by the board (insiders); only 2% of the ranked companies include this. Information about insiders is vital to have for transparency reasons.

ArcelorMittal include clear information about their insiders, showing a history of transactions since 2012. They also provide their policy about insider dealing.

Vinci take the lead in France for the sixth year in a row. Vinci have good About Us information, including for example a video with an introduction to the company. Vinci are also strong in Investor Relations communication which many companies struggle with.

Total have climbed up one placement since last year by improving their score by 3.1 points. They perform very well in terms of Careers information, including a very detailed section summarizing reasons for why one should apply. They also provide extensive sustainability information, such as a dedicated website displaying data on their environmental performance.

Arkema have jumped down one placement since last year, from second to third. Like Total, Arkema include great sustainability information by, for example, clearly displaying their Sustainability targets.

See the full results list for France or read more about the Webranking Report. 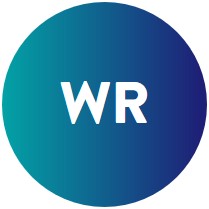 We identify the content that investors, analysts, business journalists and jobseekers want from corporate websites to help you meet their expecations.