TikTok is the second biggest social media platform behind Instagram, and for many of us, it's a bit unknown. Contrary to common belief, TikTok is not just for teens who can't wait to post their next lip sync challenge. Today it has one billion monthly visits, with users of all ages.

Companies have started to build a presence on TikTok for different reasons, some want to spread knowledge about their products/services, and some want to show who they are as an employer. On TikTok you have a chance to reach thousands of potential candidates, but don't be on there without planning. In this article, we have gathered some best practices for success and tips on how to succeed when building your employer brand on TikTok.

Since 2020, the popularity of TikTok has dramatically increased, and as of January 2022, TikTok has one billion monthly active users. On TikTok, you can find videos about anything from cute animal videos, cleaning tips, conspiracy theories and, of course, dancing to trending sounds. Since TikTok's algorithm is extremely fast and adapts the content shown to you in seconds based on what you watch, the experience is unique for every user. According to Later, the TikTok algorithm recommends videos to the users based on the following factors:

The benefits of using video on social media are many, and earlier this year, our Copywriter and Web Editor Matilda Ekström wrote about how to engage your audiences on social media with video. What's unique with Tiktok (in addition to the algorithms) is that you have even less time to capture the attention of your audiences than on other social media platforms. The users scroll through the feed at a very fast pace. You have no more than a few seconds to capture the attention of your audience, research made by Meta shows that you have around 1-3 seconds to hook the users before they move on to the next video in the feed.

You might wonder who actually is using TikTok and if your target audience is there. It is a common assumption that only teenagers are using TikTok; that might have been true in the early days but isn't anymore. Here are some TikTok demographics from July and 2022:

It is already known that TikTok is an excellent platform for entertainment, and that was mainly what it was initially used for. However, more and more large corporations are using TikTok for both creating brand awareness and for employer branding. Some companies have succeeded and gotten millions of followers, for example, RyanAir (1,8 million followers), Duolingo (4,8 million followers) and The Washington Post (1,4 million followers). But how do you succeed as a company on TikTok and avoid the risk of being "cancelled"? How can you use TikTok to position your company as an attractive employer?

There is no straight answer to those questions, but this article will give you some insight into the niche of corporate TikTok and give you some tips on things to do and to avoid when posting on TikTok.

On TikTok, content is commonly divided into different niches, such as "dancing", "cooking", and "cleaning" where the different niches have their own hashtags. For example, cleaning has the hashtag #cleantok (with 49,5 billion views). One niche is "corporate TikTok", which in short, is about people working in the corporate world sharing funny and relatable videos about, for example, working from home.

There are some creators in this niche that have been really successful, and the people behind the accounts have become influencers sponsored by, companies such as Microsoft. Some examples of corporate TikTok creators are @corporatenatalie (430 k followers), @loewhaley (2.7 million followers) and @Rod (1.5 million followers). The target audience is mainly millennials 25-35 years old that still are new in the corporate world. However, these creators only represent themselves and not the companies they are working for. Still, this niche shows a place on TikTok for content related to the corporate world (if you do it right).

Why use TikTok for employer branding?

There are several reasons why you should consider using TikTok as a part of your employer branding strategy. Of course, it depends on which categories of employees you are looking for. If you only seek senior executives, TikTok might not be the best option. However, most companies seek employees of a wide range of ages and experience levels. TikTok could also be used for promoting certain parts of your company as an employer, for example, a trainee or graduate program.

In our latest Careers survey, we noticed that jobseekers are showing increased scepticism towards employer branding initiatives that are perceived as too commercial and thus untrustworthy. The videos posted on TikTok are the opposite. They are often filmed with a smartphone camera and should be perceived as effortless as possible. This gives your company the possibility to show a more personal and "real" side of your company by letting your employees create the videos themselves. However, this requires that you trust your employees enough to let them control your TikTok account. It also requires that you are prepared to show a more humorous side of your company by letting your employees participate in trends.

TikTok also creates the opportunity to connect with younger audiences that might not be the right age to apply for a job at your company, but you could still work with building awareness of your company. A strong presence on TikTok can also help you build trust with potential hires and employees by creating a consistent image for your company. It can also help you reach new people who may not have seen your ads in the past or who don't have time to read through job descriptions on other sites.

But there's more than just having a presence on TikTok—you need to make sure that what you're posting is accurate, engaging, and true to your brand values. The types of content that companies who use TikTok for employer branding use are varied. Some companies post content about what it is like working at the company (showing office surroundings etc.) but the content that tends to succeed the most is when the employees post relatable content or participate in different trends. Some examples of companies that have succeeded with their efforts on TikTok are:

Yellow Express is an Australian parcel delivery company that managed to get 3.6 million likes and 25,6 million views on this TikTok with the caption "When the marketing girl comes downstairs to make us do her stupid TikToks" and then showing the other workers in the office being tired of always being needed to participate in TikToks. The video was related to a trending sound, so they created the perfect combination of taking up a trend and making it relatable for their company.

Biteable is a company that does an online video maker and have taken another approach when it comes to their TikTok account. There is only one person posting, and her content is more about personal and relatable struggles that she experiences as a young person being new in the corporate world while working at the company. She uses ironic captions such as "send help" and hashtags such as #corporateproblems #corporatelife.

I Love My Job

I Love My job isa recruitment agency based in the UK that managed to combine a trending sound, "This is How We Do It" by showing the perks of working at their company. This video shows the employee dancing and celebrating that she finally has found a job that offers a great culture. The video received 268 positive comments praising the importance of good company culture.

A company that hasn't succeeded with their employer branding initiative on TikTok (yet) is KPMG Switzerland. Why? Some of the content posted is far-fetched and difficult to understand, and some content tries to be relatable but fails.

An example of a TikTok that hasn't gotten any reach is this video of two employees standing up and working and then doing a handstand, and the sound is a remix of the Stranger Things theme song. The sound has nothing to do with the content shown in the video, and it is unclear how flexible working relates to the content shown in the video. The message of the video thus is hard to understand, which can explain why it didn't succeed.

Choosing to be present on a new social media channel can feel scary and overwhelming, and it is also associated with some risks. What if the content you spend time and effort on creating doesn't succeed?

Here are some tips when creating videos on TikTok as a company:

Other examples of large international corporations on TikTok:

If you need help building your employer brand, Comprend has plenty of talented consultants ready to help. We have helped many companies build their employer brands, for example, Spirit Energy, and we also have updated Webranking research about what jobseekers expect from companies. Get in touch! 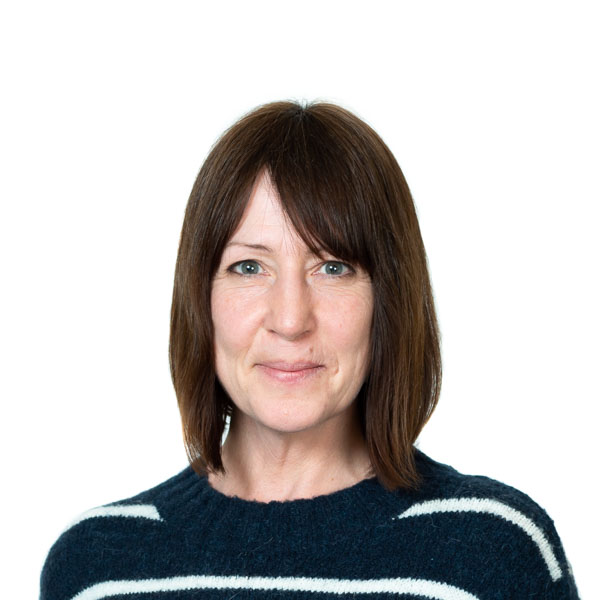