SIME hot topic: How does all this affect us humans

Are we becoming astronauts in our own bodies? From the ethical implications around the world's first head transplant to how much encouragement a human being needs a day to perform at its best.

The most mind challenging speaker throughout the conference was without a doubt Val Spiridonov. Val is suffering from a fatal medical condition and is set to become the first person to undergo a head transplant. The challenging thoughts of how this procedure will even be possible and the ethics around it rendered the audience speechless. But Val was not only there to speak about "being an astronaut in your own body" as Ola said but to present a smart wheel chair that directs the wheelchair through voice or touch input on a smartphone. And not only that, also a smart suitcase that drives it-self. Honestly, who would not want to have this suitcase? 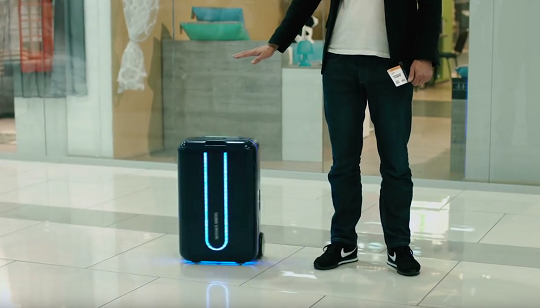 On the theme of how digital affects us humans, an interactive questionnaire was presented to the audience on whether the constant connection causes us digital stress. The answer was surprisingly even between the concern social media has by creating an unbalanced political discussion and the lack of deeper connection to others because of the constant connections and speeding through life.

One of the most vivid and passionate speakers I’ve ever encountered was Chris MacDonald who was presenting his view on human well-being and performance. Interacting with the audience, running around the stage and with a lot of laughter, Chris made it clear that we (humans) need each other to solve problems. To solve problems, we need to be in good shape and have energy. We simply need a good nights' sleep. We also need daily encouragement – apparently as much as 4 hours a day – and to do that we need to be aware of the people and settings that surround us. Also by simply putting down your phone and genuinely listening to the people around you.