It’s clearer than ever that jobseeking millennials value one thing above all other: information – and lots of it! They have largely matured in the age of the Internet and their expectation that information should be easily accessible extends to jobhunting. In light of this, we’ve investigated which forms of information companies can adopt to attract the attention of inquisitive candidates in an already crowded field.

The predominance of workplace millennials – and those identifying as Generation Z, who cover the younger end of the millennial spectrum – will only increase in the coming years. Therefore, it’s more important than ever for companies to adjust their careers strategies to suit their emerging needs.

Millennials with their mind on the move

A third of millennial respondents always check the careers section of a website when assessing an employer. In terms of researching and engaging with the information presented, millennials expressed more engagement than non-millennials across the board, including a notably greater interest in sites including information on open applications and an introduction to the jobseeker section.

These preferences might reflect the fact that nearly 4 out of 5 millennial respondents are either actively applying for jobs or open to opportunities. That millennials so readily re-evaluate their options is partly linked to their age, but also suggests a reduced emphasis on company loyalty in favour of job-hopping and continuous skill development. Either way, there’s a significant opportunity for big companies to attract ambitious and itchy-footed new hires.

Millennials with a social conscience

When assessing a potential employer, how often do you visit the following website sections?

A recent survey suggests that more than 70% of millennials are more likely to choose to work at a company with a strong environmental agenda. They may even take a pay cut to do so, as they foster a growing desire for businesses to operate with a corporate social purpose and responsibility.

Millennials with a desire for dialogue

This year’s millennial respondents expressed no interest in attending job fairs, reflective of their wider desire to be online. Instead of job fairs, which non-millennials still hold in some regard, millennials expressed enthusiasm for the concept of a chat system on company websites.

A chat system increases transparency by offering candidates the chance to anonymously find answers to specific questions that were not addressed in the job ad. Additionally, nearly half of millennials highlighted a preference for video employee testimonials, while non-millennials still prefer written statements. A key takeaway is that companies providing interactive web experiences stand the best chance of engaging with curious millennial candidates.

The rise of social media

Millennials, ever-willing to embrace new ideas, are not tied down by any one method of seeking out job vacancies. So, how do the millennials of 2019 find their next role? Let’s explore some of the major trends revealed by respondents to this year’s career survey.

The decline of Google and career websites

There has been a notable decrease in respondents searching for vacancies through Google by entering terms like “accountant London”. In last year’s report, 44% of millennials and 29% of non-millennials expressed this as their preferred method, compared to just 12% and 20% respectively this time around. Such a sharp decline could be due to a low success rate, as less than 10% of all respondents found their last open role in this way. There has also been a decline in millennials' use of career websites and apps. Instead, the most popular channels for job-searching millennials were an array of various social media and company websites, as well as LinkedIn.

Top five preferred sources when looking for a job 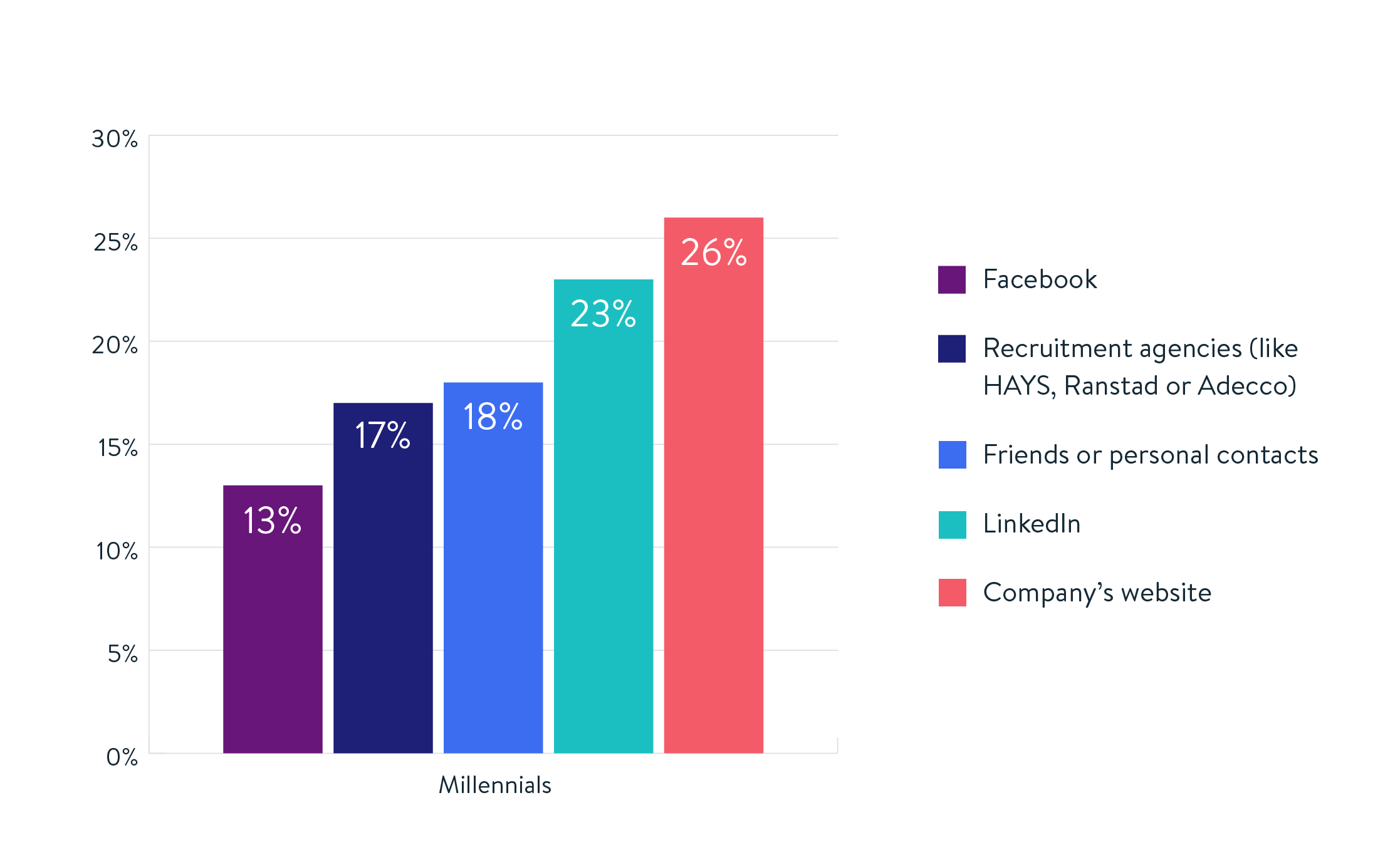 Millennials are still social media trailblazers, although non-millennial respondents also expressed a willingness to use it in their job search. As in recent years, Facebook is the most popular platform after LinkedIn. However, an increasing number of users from both groups have started using Instagram, while 10% of millennials are now happy to turn to YouTube as a source for company information – double the amount of non-millennials.

This spike in YouTube interaction parallels the rise in vlogger popularity, cited as a source that a small (but significant) number of millennials use when looking for vacancies. Millennials seem to especially value the personal touch that YouTube offers, with vloggers often directly addressing the camera as a way to capture the attention of the viewer.

Prospective employers that react with the greatest agility when it comes to supporting dialogue across multiple platforms will be able to reach the deepest pool of top candidates.

Millennials reported that their primary resource for locating new job vacancies was their network of friends and personal contacts. Non-millennials also reported a preference for this method, albeit as a secondary option to company websites. However, only 5% of millennial respondents were in favour of using their networks as a main job-seeking avenue.

The top three preferred methods were identical for both groups:

These should be viewed as well-established and reliable routes for finding a job. Another explanation for this ranking could be that millennials are keen to source their opportunities independently. However, the modern reality may be that, when faced with competitive and often lengthy application processes, millennials adopt a pragmatic approach by turning to their professional networks or well-connected friends to open doors.

This year’s respondents represent an almost even split of genders and primarily hail from Europe. More than 85% of those who identify as millennials are under the age of 45. They are almost as studious as non-millennials, having obtained higher education qualifications at similar rates.

...of millennials have a higher education degree 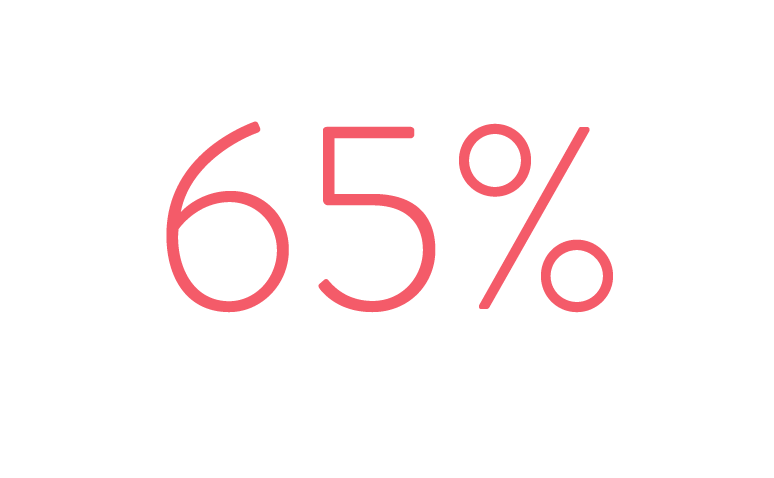 ...of non-millennials have a higher education degree

Whilst more than half of them have less than 10 years of work experience, they are - from an academic standpoint, at least – ready to step up and replace future retirees in workplaces. The top takeaways from the 2019 Career Survey is their absolute emphasis on accessible and relevant information on company websites, LinkedIn, and across a number of social media channels, as well as their desire to engage with personalised and interactive user experiences.

Are you currently jobseeking?

Learn more about Webranking by Comprend on comprend.com/webranking or contact us directly:

Except where otherwise noted, content in this report is licensed under a Creative Commons Attribution 4.0 International license. Feel free to share the content, but please refer to Comprend. Articles by Anna Dunder, Chris Henson and Timmy Fredriksson, Comprend.