A woman’s journey and fight for education

Zuhra Khaliqi is a scrum master/tester at Comprend and has been here since January 2018. She was born in Afghanistan and is one of three daughters to two educated parents. On International Women’s day, she shared her amazing story and fight for an education with us, and we would like to share it with you as an inspiration to never give up. This is her journey from the war in Afghanistan to Comprend.

Zuhra is the oldest of three sisters, her youngest sister is studying to become a dental hygienist and her other sister is studying to become a doctor. Being born a girl in Afghanistan, getting a higher education is not an obvious choice for you to make. Zuhra’s mother was the first woman in her family to get an education, which has inspired Zuhra a lot on her path. Zuhra’s father, a former provincial secretary, strongly believed that women should study. 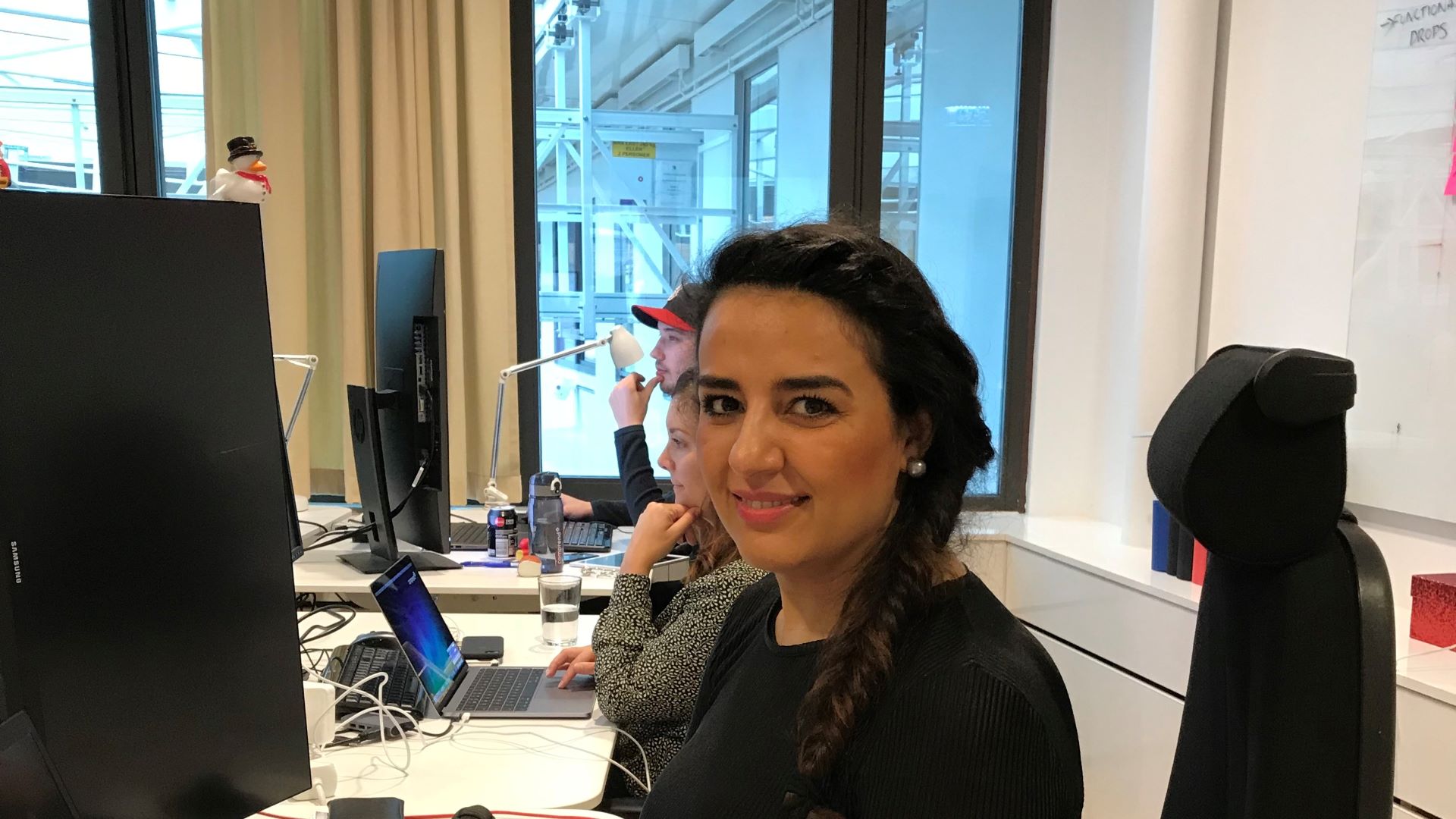 The fight for an education

Despite the strong wish from her parents to study, the situation for women in Afghanistan became worse during the war. At the end of the Taliban regime in 2002 only 3 % of the women were educated; today that number has risen to 16 % - an improvement but still a very low number. Even with an education it’s hard for women to enter the labour market since many people in society consider it to be shameful for a woman to work outside the home for money.

At eight years of age, Zuhra and her family had to flee to Pakistan as the war got worse. In their new country, women were allowed to get an education, but large parts of the society did not believe that women were entitled to it, or even to go outside without a man by their side. Zuhra’s mother had to stay at home with three daughters and they could not go outside during the day. They cut Zuhra’s younger sister’s hair and had her wear boys’ clothing soo they could go out. The fight continued.

Zuhra and her sisters could go to school in Pakistan but they had to pay a high price. Her teenage years were filled with bullying, harassment, humiliation and threats. Boys and men were throwing stones at her on her way to school. Her mother was afraid every day about the safety of her daughters. But she kept going to school, determined to get an education so that she could one day work in the tech industry.

The only woman in class

When the family could return to Afghanistan Zuhra’s parents wished for her to become a doctor. She spent one year at medical school during which she realised that her dream was to enter the tech industry. She quit medical school and started studying a Master of IT, where she was the only woman in the class of 22 students. Many of the men were extremist and would not even talk to her. But she did what she had been doing all her life – staying strong and pushing forward, aiming for her goal.

Meeting her fiancé, she moved to Sweden, where she proceeded to learn Swedish and expand her family with two children. During her busy life, Zuhra did not give up on her dream of entering the tech industry. It was more difficult than she thought to get into the industry. As she studied Swedish, she got a coach that helped her with the Swedish authorities. She found out that her studies at a private university in Afghanistan were only counted as upper secondary school, so she had to continue to study in Sweden for three more years.

To fulfil her dream, she applied to an education provider to become a quality assurance tester and was accepted! She was nervous, and afraid. What if she couldn’t complete the studies? Could she go back to her preschool job again? What if she ended up giving up on her dream?

After giving three months’ notice to the preschool, Zuhra balanced fulltime work, 100 % studies and two young children. She was studying during breaks at work, in the evenings and all weekend. At the end of the term they had a big exam. She was nervous. A lot was at risk and the thought of failing haunted her so much that she got soo nervous that she could not write the test the first time. The same thing happened the second time too. The third time the teacher told her that this was her last chance.

Being harassed walking to school in Pakistan, being bullied in school, being ignored by male students at university – it felt like all those moments had led to this exam. All feelings accumulated to one moment. There was soo much at stake. She found strength and she passed the test! After that she could resign and focus solely on her studies.

She got in contact with Comprend through a classmate, was offered a job as a tester and got onboarded in January 2018. In the beginning she felt insecure and shy but after only a few weeks she felt a sense of confidence starting to grow. She felt this growing even outside of work, affecting her whole life. She felt soo positive and brave as never before.

After only two months at Comprend she got asked to start as a scrum master. Terrified again, how would she lead a team of senior developers when she only just started? But colleagues told her that they saw a leader in her. And she felt confident and empowered by all the women that she saw daily at Comprend who were doing all this cool stuff that she also wanted to do! She passed her scrum master education with a 97,1 % score on her final exam!

When she thinks about her journey, she now feels empowered and inspired to do something for women in Afghanistan; she wants to encourage women to join the tech industry.

We are so proud of Zuhra and her fight and hope that her story inspires many.