The corporate websites of the 100 largest companies globally have now been scored in Webranking by Comprend 2019-2020. The results show that - as was also the case when comparing the content most important to capital market stakeholders last year - the largest 100 global companies clearly trail their 500 largest European counterparts. By contrast, the Global 100 offer a greater supply of career content for jobseekers, and this is their most notable strength in the latest ranking.

Among the Global 100 ranked companies: 21 are European, 71 from North America (69 US), 7 from Asia and 1 is from South Africa. All the companies have been ranked using the same criteria.

We will explore the areas where the differences between these companies' websites and stakeholder demands were the most prominent.

Ownership of companies is unclear

Shareholder information is in fairly minimal supply across the 100 largest global companies - with the average company providing less than half of the key content available on the website of a Europe 500 company. Firstly a timeline of how the share capital has developed is a feature notably missing for nearly 90% of Global 100 companies; this is useful for capital market professionals when looking into a company's financial background.

There is also very limited information on the shareholder structure including major shareholders - far less than Europe 500 companies - with investors therefore having to struggle to piece together the ownership of the world's largest companies. This absence of information on shareholders also extends to senior company insiders, about whom there is an average of just 16% of the key data provided across Global 100 companies. This lack of transparency is a common trait of the governance of the largest 100 global companies, which is another area in which there are significant deficiencies. 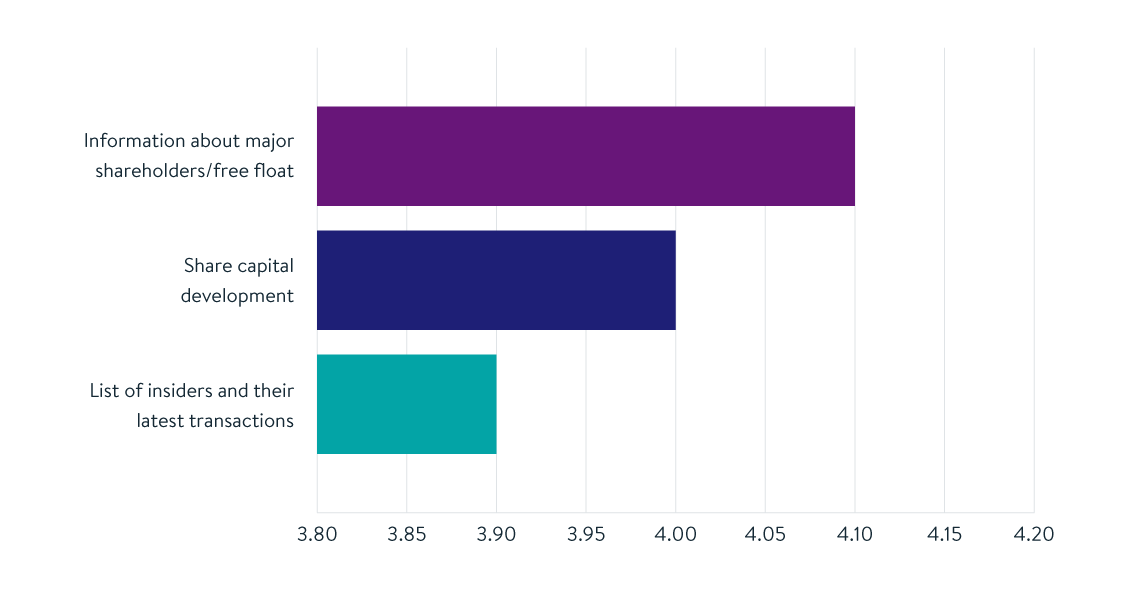 Out of all the 100 global companies, German industrial goods & services company Siemens stands out as the best in terms of providing shareholder information, with a score 4.6 points out of a maximum of 7 points.

In terms of governance information, Swiss food & beverage company Nestlé is best-in-class with a score of 7.4 points out of 10.

...of the Global 100 companies provide a governance report.

Career sections are better outside of Europe

If we look at the average score for the 500 largest companies in Europe and compare to the largest 100 in the world, the 100 outperforms the European average. The overall stakeholder fulfilment (average score divided by maximum score) for the Global 100 is 52%, 6% higher that the European average. In general, jobseeker needs are slightly better served on websites outside of Europe.

Indeed, the average fulfilment is higher across the board in the career section, with one exception: HR contacts. Having a representative from HR available to answer questions is something that is keenly sought by jobseekers. Providing this point of contact isn't necessarily the best way to go, considering that the amount of work needed to provide an excellent service could potentially be a large operation. One way to move forward is to provide extensive career FAQs. Another is to provide a live chat function or a chat bot, something many jobseekers are open to trying out. 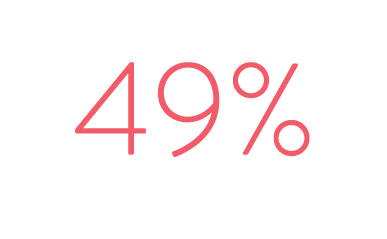 The 100 largest companies notably shine when it comes to providing information about compensation and benefits systems for employees. The stakeholder fulfilment in this area is at 52%, which is 16% higher than the European average. One possible reason for this could be that these largest of all companies are confident in their ability to offer attractive remuneration packages, and more than happy to present the details externally as a result. In any case, providing this information can act as a trigger for jobseekers to apply, whilst sending a signal that the company in question has a transparent approach to salary.

In terms of the service provided to jobseekers, it is still a European company that stands out amongst the Global 100, though. Danish health care company Novo Nordisk have the best career section in the list with their score 10.8 points out of 13.

Top performers and this year's climber

Last year's domination of the podium by German companies has come to a swift end this year, as the three previous medallists no longer have a market capitalisation big enough to be ranked amongst the 100 largest companies in the world. Instead, we have three new companies on the podium. French oil & gas company Total is in third place with a score of 61.5 points. In second place we have Swiss health care company Roche with a score of 64.2 points. This year's winner is the Swiss food & beverage company Nestlé with a score of 68.6 points. This year's climber is also Swiss: personal & household goods company Philip Morris. They increased their score by 11.2 points up to 48.4 points by focused work with their general company information.