How Europe’s top insurers fare in the communications stress test

The performance of the European insurance sector in the latest edition of Webranking by Comprend was published today by Insurance Age, announcing that only a ‘handful’ of the 36 largest European insurers listed in the FT Europe 500 index are taking a strategic approach to digital communication. 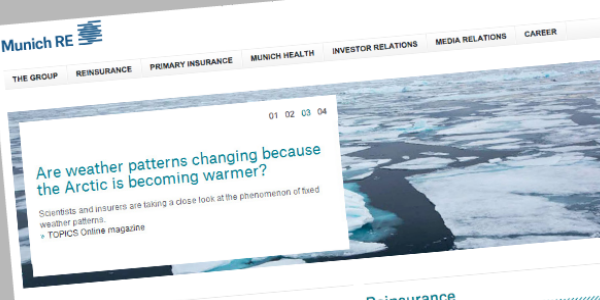 Despite this, there are still companies that have come out on top with Munich Re winning the top spot in this year’s assessment of digital corporate communications with 62.4 points, followed by last year’s winner Generali (62.3), and Allianz (57.1) securing third place. The company with the most improvement this year was Friends Life Group (formerly Resolution) which improved by 16.5 points, winning this title also for the study that evaluated the largest 500 European companies (Webranking FT Europe 500).

Only one out of four insurers pass the test

Considering 50 points out of 100 as the threshold at which companies respond adequately to market requirements, only eight companies of Europe’s top 36 insurers passed the test in 2014. At the other end of the scale, six companies scored less than 30 points, meaning that they do not present a minimum of content expected by the market. The 22 companies that are located in between only partially meet requirements, albeit presenting a moderate level of disclosure. However, the trend is positive: nearly three quarters have improved their score compared to 2013, and five more companies succeeded in passing the test.

German, Swiss and Dutch companies are one step ahead in using transparency and dialogue for differentiating themselves in a competitive business environment. The most transparent country in the insurance sector is Germany with the top three performers getting 56.8 points on average. Germany’s good performance is also confirmed by its third position in the general Europe 500 Webranking evaluation. The best Swiss insurers got an average score of 47.2 points, thanks to the good performance of Zurich Insurance Group (5th). The Dutch, with two companies in the top 10, received an average score of 45.1 points.

For further information about Webranking and our company reports, contact Helena Wennergren at helena.wennergren@comprend.com.